On May 25, 2021, Representative Barbara Lee (D-CA) introduced the “Third Reconstruction Resolution” in the U.S. Congress. Within a month, nearly forty of the 438 members of U.S. House of Representatives signed on to the resolution as co-sponsors. Sadly, these co-signers still do not include either of Maine’s representatives, Chellie Pingree and Jared Golden.

The full name of the resolution is actually “Third Reconstruction: Fully addressing Poverty and Low Wages from the Bottom Up,” and you can find the full text and the co-signers’ names here.  The resolution’s introduction in Congress follows years of determined policy development and fusion grassroots organizing and activism around the country by the Poor People’s Campaign: A National Call for Moral Revival (PPC:NCMR), whose co-chairs are Rev. Dr. William J. Barber II and Rev. Dr. Liz Theoharis. On the Internet, as well as on Facebook, Twitter, Instagram, etc., you can find plenty of excellent information about the PPC:NCMR, its branches in at least forty states (including Maine), its policies, principles, and goals, and—importantly—its call for a Third Reconstruction (www.3rdReconstruction.org). 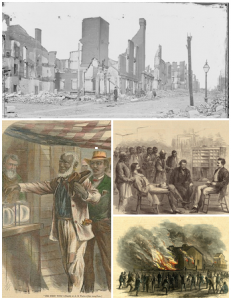 As is perhaps obvious, the term “Third Reconstruction” embraces the idea that both our previous eras of Reconstruction ended without achieving all of the aims so many Americans sought, demanded, and deserved. The first Reconstruction, of course—typically dated 1865-1877—followed the bloody Civil War that defeated the southern slaveholders’ rebellion and destroyed the institution of chattel slavery itself, which by then held four million Black Americans in unspeakably cruel bondage. During the first Reconstruction, the all-important (but hardly perfect) Thirteenth, Fourteenth, and Fifteenth Amendments were added to the U.S. Constitution, at least theoretically emancipating the enslaved, granting Black men citizenship, and legalizing Black men’s right to vote. This era also saw the widespread establishment of schools for Black Americans, who in slavery had been denied even the opportunity to learn to read and write: in 1860, only 2% of Black children of school age in the U.S. were attending school, but by 1880 some 34% were. The post-Civil War Reconstruction also brought about significant—if hardly sufficient—advances in land ownership for the formerly enslaved: in 1860, almost no Blacks in the American South owned land, but by 1880, some 20% of Black farm operators owned part or all of the land they worked. Additionally, Black men gained meaningful, if fleeting, political power: in 1865, no Black man could vote in the American South, but by 1880, Black men had become a majority of the registered voters in a number of Southern states and held approximately 15% of the elected political offices. With its 1871 KKK Act, Congress further strove to undermine surging neo-Confederate, white supremacist organizations across the South, and in 1875, it also passed the Civil Rights Act, banning racial discrimination on juries, in schools, on public transportation, and in public accommodations.

As is well known, however, as the nation reunified politically—which is to say, as the eleven states of the former Confederacy were readmitted to the Union and sent their newly elected representatives to Washington—and as White northerners lost interest in grappling with racial injustice both in the South and in their own back yards, the accomplishments of this first Reconstruction were steadily undermined in practice and law. The fact that within roughly three decades the U.S. went from the Emancipation Proclamation (1863), Union victory against the Confederacy (1865), and the ratification of the Thirteenth Amendment (1865) to the U.S. Supreme Court’s decision in Plessy v. Ferguson (1896) affirming the corrupt and disgraceful principle of “separate but equal” tells you pretty much all you need to know. But let’s not forget, either, the epidemic of lynching of Black Americans in the 1890s, which the great Black journalist Ida B. Wells, born into slavery in 1863, courageously and graphically chronicled in her newspaper articles and pamphlets, including “The Red Record”. Indeed, once formerly enslaved Blacks gained ownership of their own human capital—their bodies and labor—White Americans considered those bodies, that labor, infinitely less valuable than before, and more readily disposable. 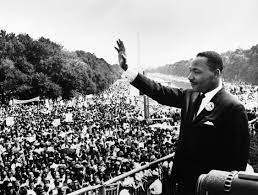 The Second Reconstruction. MLK at the March on Washington, 1963.

In the months before he was assassinated—notably, in the context of the Vietnam War—Rev. Dr. Martin Luther King Jr. had begun to argue that systemic racism, systemic poverty (for Whites as well as Blacks), and American militarism were all inextricably interconnected and must be confronted and dismantled together. Consequently, he and others began actively organizing the Poor People’s Campaign, whose centerpiece was to be an encampment in Washington, D.C., by poor people of all races and their allies, who would set aside their historical differences (differences the White power structure encouraged) and lay their case collectively before the federal government. Dr. King was murdered in April 1968, but that summer thousands of poor Americans came to D.C. and built Resurrection City on the National Mall, the encampment lasting for about six weeks before their permit expired and residents were forced to leave with most of their demands for justice unmet. You can read more about the original Poor People’s Campaign on the PPC:NCMR website, and a quick summary here.

Skip ahead fifty years to 2018, and publication of the Souls of Poor Folk Audit, which  meticulously details how little has changed for the better in the U.S.—in terms of systemic poverty, systemic racism, militarism and the war economy—since Dr. King was murdered, and how much has just gotten worse. The Audit further weaves into its analysis the developing environmental crisis, which will continue to punish the poor of all races most harshly, and the growing influences of white supremacy and religious nationalism on our national culture and policy-making. This document and the PPC:NCMR’s Moral Budget, which was presented to the Budget Committee of the U.S. House of Representatives in June 2019 (also available on the PPC:NCMR’s website) explain incontrovertibly the current demand for a Third Reconstruction. The issues they raise are not issues of right or left, but issues of right and wrong. Hence the call for a Third Reconstruction, in which we all work together, nonviolently and across all lines of division, to lift from the bottom up and create the just world we so desperately desire and which the previous eras of Reconstruction could not yet bring into being. The economic resources are here, in this wealthiest nation in the history of the world. It’s the political will that is lacking. It’s up to us to educate ourselves and our elected leaders and demand that they do what is right for all of us. Everybody has a right to live and to thrive! 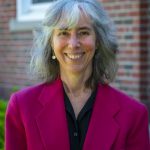