Portland voters elected a City Charter Commission in early June which may reshape democratic structures and influence who holds power in Portland for a generation or more. Over the coming year, the newly-sworn-in Commissioners will work to create a draft that will then be voted on by Portlanders before before going into effect. Here, Kate Sykes reports on the Charter Commission’s inaugural meeting on June 28, 2021.

Twelve Portland Charter Commissioners were in attendance on Monday, June 28th for their swearing-in and first organizational meeting, but attendees may be forgiven for thinking there were a few more.

Commissioner “Shamika,” Commissioner “Houseden,” Commissioner “Ellington,” Commissioner “Kadebbie,” and Commissioner “Yousef” were among the many mispronunciations, misuses of first names, and selective use of a hyphenated name that created an atmosphere of visible discomfort for everyone involved. Portland City Clerk Kathy Jones, who read from a prepared list while facilitating the early part of the meeting, struggled to get all of the names right with consistency, and even the commissioners flubbed a few names. 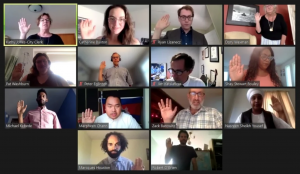 “This group of people is certainly more diverse than possibly any political body established in the State of Maine and probably also in New England,” said Commissioner Michael Kebede (ka-BED-ah), in a speech delivered before his election to the position of Chairman. There are many different kinds of diversity, but the Commission’s racial and ethnic diversity is very clearly reflected in the names of the Commissioners. For some of us, those names are difficult to pronounce correctly if we’ve never heard them spoken aloud, and hard to remember even if we have.

On the surface, the awkwardness on Monday night might seem like just another first day of school, before seats have been assigned, and the teacher and classmates have had a chance to get to know one another. But the name mixups prompted two Black members of the Commission to speak up about it during the meeting, which came after weeks of controversy over accusations of white supremacy leveled at city leadership by one Commissioner, and on the same day as the Racial Equity Steering Committee presented their final report, identifying changes needed to combat structural racism in the way our police department operates and is overseen.

Black members of the Commission have also labored to see their names spelled correctly in print. The Portland Press Herald dropped the letter “c” in the first name of Commissioner Marcques (MARK-us) Houston (HYOO-sten) in a column published two days after Houston won his seat, prompting Houston to tweet: 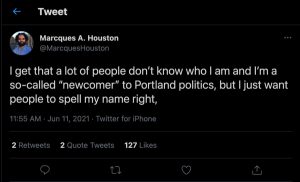 Nobody is perfect; good copy editors are hard to come by, and those errors have since been corrected, so what’s behind the obvious frustration these commissioners are still feeling? Turns out it’s that old ball and chain: white ethno-nationalism, aka white supremacy.

“Once upon a time in this country, and it wasn’t so long ago, Black people had to address white people in a certain way,” Commissioner Stewart-Bouley explained to me when I spoke with her after the meeting. “Black people were not allowed to address whites by their first names, while it was okay for them to refer to Blacks as ‘boy’ or ‘girl,’” she said.

Many people don’t know that the rules of social behavior that governed Jim Crow society were every bit as oppressive and dehumanizing as the official segregation laws on the books at the time. Whites did not use courtesy titles like Mister or Misses when addressing Blacks, though sometimes, a white woman would let her Black housekeeper call her “Miss Mary” or “Ms. Jane”  but that’s as far as it would be allowed to go. These linguistic norms, which descended from the power dynamics of slavery, kept the racial caste system in place after segregation laws were abolished. The echoes of them are still hurtful reminders of injuries that have never really been acknowledged, and can’t be repaired in any meaningful way until they are.

“As a 50-year-old Black woman, being called Commissioner Shamika like that, especially coming from a white woman, really stood out, and I felt I needed to correct it,” Stewart-Bouley told me. She also expressed her hope that by openly talking about these issues on the Commission and with the public, and by being mindful of how we speak to each other, we can bring our full humanity to the table, so we can avoid the traps in our language and culture–apparent to some, but invisible to others–that deepen existing divides.

Those divides aren’t exclusively racial. “Eastern European last names can be tough to pronounce,” Commissioner Ryan Lizanecz, (liz-AN-ick) told me. He jumped in on more than one occasion to repeat his name for the Clerk. A first generation college graduate from a working-class family, Lizanecz’s name reflects the kind of ethnic diversity Portland had in the early 20th century, when immigrants settled in the bustling working-class neighborhoods around what is now Franklin Street, to pursue the American Dream. Many of those early Portlanders were Polish, Irish Catholics, and Jews who experienced first-hand the bigotry that gave rise to the city manager form of government we still have today. The names of many of those working-class immigrants, which appear in the census records from the times, would also be difficult for anglophones to pronounce. Lizanecz says he is accustomed to helping people pronounce his name, and that he’s okay with being called Ryan, but he wants to uphold the will of the group. “Commissioner Lizanecz is ideal if others are being addressed that way,” he said.

People of color, native people, and immigrants of non-European descent have systematically had their names mispronounced, misspelled, or changed in America–not just officially, on paper, but through subtle social pressure. In Maine, the way we pronounce Charpentièr, Laferrière, and Bélanger today strips these names of their French identity. In my own family, as in many others, this happened so many generations ago that I didn’t grow up identifying as French, nor do I really care to now, which I suppose is the point: strip someone of their cultural identity and they are just another atomized worker, with no community to organize against capitalist oppression. For others, the wound is fresher. Last summer, a BIPOC friend of mine, who served for years on a Portland city committee, broke down in tears in my backyard reliving the memory of attending meetings in which the Chair persisted in using the anglophonic version of their name instead of their actual name, despite being told for three…whole…years to correct it. How hard is it to say their name, you might ask?

Now that these commissioners are finally shedding some light on the issue of linguistic racism, how do we fix it? Commissioners Catherine Buxton and Marpheen Chann say they intend to bring forward a set of community agreements to help define the ground rules of their meetings in order to create a safe space to have hard conversations about this and other issues.

“Community agreements are useful in spaces where conflict may come up. Everyone agrees to them as a condition of participation,” Commissioner Buxton told me. She said that while the agreements are intended to be used amongst the Commissioners in their own meetings, she hopes that by modeling them, it will invite the public into the conversation and make space for voices that might not be heard. “Public commentary can be hard for people. If we commit to listening to people as experts in their lived experience, we can facilitate a public hearing that makes it easier for people to want to offer their ideas,” Buxton said.

So, what’s in a name? A whole lot more than you might think.

[Read next from Pine and Roses, Solidarity with Nasreen, fight for a radical charter.] 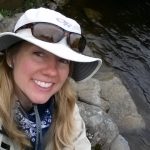