This is part three of a series by The Maine Mural podcast about the ongoing effort to establish a consumer-owned electric utility in the state of Maine. You can hear the entire interview by following the spotify link at the bottom. We have also transcribed a few of the more imperative portions for you below.

Dylan Intro: In Part II we brought you my interview with Seth Berry, the Maine State Representative attempting to democratize Maine’s power infrastructure through legislation. At the end of that episode I also attempted to draw everyone’s attention to Our Power, the coalition of activists collaborating with Maine DSA for public power with Seth Berry in this effort.

Dylan: What are some other examples of customers taking control of their utilities?

Seth Berry: Great question. […] Winter Park, FL in 2003 held a referendum, and the folks there were fed up with outages. There had been some hurricanes around that time. They wanted out of a larger utility called Progress Energy and they said we want to create a municipal utility. They got it on the ballot, they created a referendum, and as the campaign heated up, the proponents were outspent by something like twenty to one. Progress Energy and their advertising blitz said that the sky would fall. Rates were going to skyrocket, outages would be severe, they wouldn’t be able to find someone to run the grid. And, you know what? The people of Winter Park voted in favor of making the transition anyway. So in 2005, after a process, they did in fact buy out the local grid, separate it from Progress Energy, and ever since they’ve been operating their own grid. And guess what, none of the predictions Progress Energy made came true. […] Rates in fact went down, not up. Reliability improved, it didn’t get worse. And now they have democratic governance. [More listed in the audio version below]

D: This is not the first time you’ve put forward a bill [LD 1708] to try and establish a consumer-owned utility in Maine. […] A couple of years ago there was also an LD 1646, would you be able to talk about those two bills for a little bit?

SB: We first began this journey a little over three years ago with the drafting of LD 1646. That would have created a consumer-owned utility, […] it was a bit more governmental, I guess you could say, in its flavor. It had a board that was appointed rather than elected. […] It also had a private operations model, but there were not as many protections built in for workers. We’ve incorporated more benefits for workers as the transition occurs in the more recent bill. Another key difference, […] the initial draft was a little unclear about the protections around property taxes, that municipalities would still be compensated for an equivalent of property taxes to what they’re receiving now on utility property. So, we held a public hearing in mid-May of 2019 […] there were, I think, 98 people or organizations that delivered testimony, a vast majority in favor. The public hearing lasted a full day. We heard from workers that they liked it, we heard from environmentalists that it was very important to make this transition, […] we heard from businesses that felt it was the right thing to do. […] When there’s an outage at Bath Iron Works, the whole yard shuts down. When there’s an outage at Texas Instruments, their assembly line shuts down. […] So we were very buoyed up by the support that came forward. I was very pleased with the hearing.

D: As of July 3rd, after being passed by the House and the Senate, Gov. Mills had ten days to sign LD 1708 into law. So, what has happened since then?

SB: So the Governor waited until the very last day, and ultimately chose to veto the bill. It was the only bill that she vetoed for which she also held a press conference to announce the veto and to address her reasons for the veto. Clearly, this was a very important bill, she said herself the most important and weighty decision that the 130th Legislature has voted on. She felt she could not support it. […] Essentially said she thought that we could regulate our way out of this. I’ve spoken about why that is not going to work, but I think the Governor’s belief is that it can. That is really where the disagreement comes down. She seems to have faith that these foreign for-profit monopolies can be tamed, that the mouse can tame the cat, and it was disappointing. It came, ironically, the day after a report was released by the PUC [Public Utilities Commission], the PUC commissioned an audit of the CMP’s [Central Maine Power] management, and the audit was quite damning. […] The report actually said this, it said there’s cause for concern here, because even though they’ve shown some minor improvement lately there’s nothing written in stone here that says they’ll continue with that, and there’s a very significant risk that they’ll revert if this challenge to their monopoly goes away.

D: Thank you again, Seth, for joining us today. Do you have any concluding remarks?

SB: I want to say thank you to your listeners. Go to ourpowermaine.org to learn more. I hope the podcast was helpful. […] Our monopoly electrical delivery system is absolutely critical to our clean energy future. And I look forward to working with you, with your listeners, to help to make that possible. To help make Maine the first state in the nation to make a full and fast and fair transition to clean energy for all of our needs …

If you would like to help in the effort to get a consumer-owned electric utility on the ballot for 2022, you can help by signing up to canvass with Maine DSA’s Maine Public Power Committee HERE.

LISTEN TO THE FULL INTERVIEW BELOW 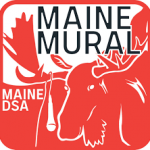