Janet T. Mills v. the Penobscot Nation: who will protect the river?

How is it possible that in 2021 an American court helped the state of Maine steal from a federally recognized tribe? The answer is both frustrating and infuriating. 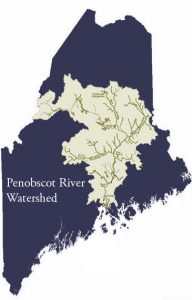 A dispute between the state of Maine and one of its four federally recognized tribes is nothing new; there have been disagreements and treaty settlements taking place for the last 200 years. However, the Penobscot Nation’s claim to their namesake, the Penobscot River, heated up in 2012 when they attempted to assert their fishing rights and conflicts arose between the Penobscot Nation and the Mainers who were using the Penobscot River. In what many of us would call an unreasonable move, then Republican Attorney General William Schneider decided to settle matters by unilaterally declaring that the state of Maine had sole authority over the river. This claim had never been made before and naturally led the Penobscot Nation to sue the state. It would be up to the next Attorney General to fight the battle in court. Enter Janet Mills, who succeeded Schneider as the state’s top legal representative in 2013. 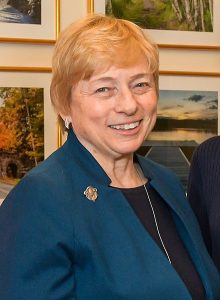 Janet Mills, Governor of the state of Maine

Let’s get one thing out of the way: although Paul LePage was the governor when this dispute began, he has since left office. Unfortunately for the Penobscot Nation and people who stand in solidarity with them, Attorney General Mills decided to continue LePage’s fight. According to the official court transcript, our state has been arguing in federal court that it obtained the river through adverse possession. “Adverse possession” refers to the idea that the state colonized the river over the course of many years, and it therefore belongs to them. The argument is rooted in the idea that Massachusetts had previously staked claim to the river. By that faulty logic, the river became Maine’s when Maine became a state.

To make matters worse, the state of Maine has also argued that the Penobscots–whose culture is rooted in its relationship to the river–gave up rights to the water in exchange for owning land masses in the middle of the river. Maine has also gone so far as to state that when fishing rights were previously negotiated, the Penobscot Nation agreed to fish exclusively from the banks of their islands in the river. Gov. Mills has had multiple opportunities, both Attorney General and as Governor, to withdraw from this federal legal battle. Yet, although the towns of Orono and Bucksport have withdrawn, our state continues to fight against the sovereign Penobscot Nation. This battle is not surprising; in fact, it is in perfect alignment with how the Mills administration has approached matters of Tribal Sovereignty.

Just last month, Gov. Mills vetoed a bill intended to grant tribal nations more authority over their land due to the impact the bill may have on non-tribal citizens. Her administration has reinforced the idea that Maine can violate tribal sovereignty in any way it sees fit, regardless of the effects on indigenous culture and land. If Gov. Mills is truly concerned about the lack of environmental regulations in Maine, why does she insist on stripping away the rights of an indigenous nation which is fighting so hard to protect the Penobscot River? The Penobscots are known for protecting the land and water.

Over the last nine years, the legal battle over the Penobscot River has involved three Attorney Generals under two different administrations. One was a Republican administration, the other a Democratic administration. By pursuing this course, the Mills administration is opposing multiple entities in its fight to exert authority over the Penobscot River, including the Penobscot Nation, the Maine Indian Tribal State Commission (created by the Settlement Act of 1980 for such matters), the state legislature (including the former Speaker of the House and current Senate President from Mills’ own political party), and even the federal government. The state of Maine is clearly on the wrong side of this battle, and yet it is refusing to back down. 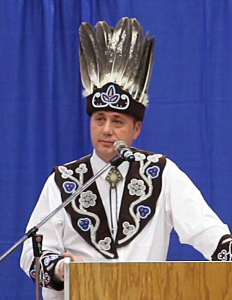 Maine authorities traditionally side with the tourism industry and that is likely the reason for this fight against the Penobscot people. Our state is known for its fishing and rafting, and we all know just how far Maine will go in its pursuit of tourism even if it means harming a native tribe along the way. And, when it comes to the waters of the Penobscot, the state of Maine remains invested in polluting the river. Other parties to the federal suit include Expera Old Town (a paper mill), Lincoln Paper and Tissue, and Great Northern Paper Company. All three of these companies represent an industry with an infamous record of pollution yet they believe it is in their best interest to take the Penobscot River away from the Penobscot Nation.

These three paper companies have a direct financial interest in the poisoning of the river. Currently, the Juniper Ridge Landfill is dumping out-of-state leachate (contaminated liquid from a solid waste disposal site) just slightly downriver from the Penobscot Reservation. Is Gov. Mills afraid that the Penobscot Nation will put a stop to these polluting practices? If the state of Maine owns the river, it can set lower quality standards and treatment requirements for leachate.

Past treaties call for the Penobscot Nation to have a right to sustainable fishing, currently impossible due the potentially cancer-causing pollution from the leachate (which includes mercury, dioxin, and other carcinogens). Things like Methylmercury and other toxins are being processed at the pulp mill and discarded into the river through the landfill. The pulp mill was outfitted with machinery to treat and process pulp chemicals and waste but has not successfully treated pollution caused by leachate.

On July 8, the Penobscot people learned that they had lost their case. A federal appellate court made the decision to take the Penobscot River away from the Penobscot Nation, granting ownership of the river to the state of Maine. Adding insult to injury, the next day, a replica of Christopher Columbus’s ship (the Santa Maria) was docked in Maine waters as part of a bicentennial celebration. Although bicentennial organizers have now denounced the placement of the ship, it does not erase the pain and damage it has caused to Maine’s federally recognized tribes. Despite protests, the Santa Maria is still currently sitting in Maine waters.

Considering the low bar Maine has set for tribal relations, is it really any surprise that the state is choosing to celebrate maritime history by sailing a replica of Christopher Columbus’s ship down the now stolen Penobscot River? Of course not. The folks responsible for inviting this devastating symbol of colonization are simply following the example set by the state of Maine.