Growing up in Maine as a transgender woman has never been easy, and the harassment I faced forced me to pursue my education unaided. I’m not alone in these experiences, “Many trans students experience discrimination and harassment […] Students of color and trans women were especially likely to highlight these barriers,” (Transgender Students in Higher Education). And as though this existing discrimination isn’t already enough, now as I enter college it’s disappointing to see bills that wish to make these disparities even more glaring.

Discrimination against transgender women has been called a “pandemic within a pandemic,” and existing as a trans woman means facing endless vitriol every day. As parents plan to flee states with anti-trans legislation, multiple Maine bills hope to turn that discrimination into law by removing transgender women specifically from sports and shelters. Mainers cannot let this happen.

Many trans women in our state rely on shelters, and we deserve to be in women’s shelters like any other woman. But Bill LD 1238 would make it legal for homeless shelters in Maine to refuse access to trans women. This proposed bill mirrors the already existing discrimination that goes on where there is no comprehensive protections for trans youth. We’ve already seen that bills like this kill trans people. For example, in 2010 the Salvation Army refused shelter to a trans woman unless she was grouped with men, and she was found dead sleeping outside the next day.

It may help to pause for a minute and discuss the difference between transphobia, which is discrimination against all transgender people, and transmisogyny. Transmisogyny was coined in 2007 by Julia Serrano to describe the unique oppression of trans women and transfeminine transgender people, as well as to speak to the overlap of misogyny, transphobia, and anti-effeminacy. We need to speak to the direct targets on trans women’s backs, especially when two Maine bills speak about “biological males” in a blatant show of vitriol against transgender women.

Bills LD 926 and LD 1401— Maine’s copycat anti-trans sports bills — hope to ban “biological males” from participating in scholastic female sport programs, but in reality will only serve to empower child abuse on a state level by trying to force trans students to be something they are not. If these bills were to pass, any child’s identity could be questioned, and their parents would need to provide “a signed statement from a physician” with a physical examination (more commonly referred to as a genital examination), testosterone levels, and even heavily invasive chromosome tests. In some cases even defunding schools that won’t accept discrimination. Proponents often claim these bills will protect children, but this only makes children more vulnerable to various kinds of abuse.

Not only is this a horrific way to treat any child, but for many trans and intersex children this is simply an impossible task. Many intersex children have spoken about rampant medical abuse when doctors try to fit them into a binary sex category, and these laws will only continue those harmful practices. By attempting to frame trans girls and trans women as “biological males,” the sponsors of the bills are consciously ignoring the fact that we are women just like any other woman. We are not a danger to any other woman. We are overwhelmingly victims of horrific crimes, NOT perpetrators. Trans murder is set to double after a record year, with the human rights campaign noting the list is “overwhelmingly trans women of color.”

These harmful practices also harm cisgender women. For instance, many studies have shown over a tenth of women have polycystic ovary syndrome, which often causes elevated levels of testosterone, and they would also be tremendously harmed by this hormone-based legislation. But according to these bills transgender women (who often have negligible levels of testosterone) are considered to have some sort of advantage against cisgender counterparts. This is the same intersexism and misogynoir we’ve seen with Caster Semenya being told she would have to take “testosterone-reducing drugs” to participate in women’s sports. These same tactics have been used to remove black women, especially black trans women, from their womanhood historically. This treatment is traumatizing for any adult, let alone a child.

While these bills are both horrendous, we also need to be aware that these are foot-in-the-door tactics that often lead to stricter and more discriminatory legislation. Oftentimes, people don’t fully understand topics surrounding transgender womanhood, and these bills utilize that ignorance. Many proponents claim these bills to be “scientific,” despite biologists overwhelmingly pointing out that ‘biological sex’ is a construct not as neatly defined as simply “male vs female.”  It’s simply a smokescreen for recycled homophobic ideas, like the “Three Piece Law,” where historically people were arrested for not wearing three articles of clothing that ‘matched’ their assigned sex. Bio-essentialism is not scientific, and anti-trans sentiment always boils down to age-old homophobia.

It isn’t only Maine’s legislature that is putting forward bills that threaten trans people. Texas has put forward 12 anti-trans bills, Tennessee and Missouri both have 9 anti-trans bills, and in total there are over 100 bills that would affect transgender minors disproportionately. Some hope to take away hormone access, some follow the sports-ban style of banning “biological males,” but they’re all the same. They’re all transphobic, and wholly evil.

Organizations that have spoken out against Maine’s current LD 926 and 1401 include Equality Maine which noted that these bills are, “a blatant violation of Maine’s non-discrimination law that has been on the books for more than 15 years.”  The Maine Women’s Lobby corrected the idea that women’s rights are harmed by transgender women, stating in the Bangor Daily News that they “will be opposing trans-hostile legislation for as long as it is presented, and continue to advocate for real justice for all women, girls, and gender expansive people who experience sexism and misogyny in their daily lives.” None of these Maine bills have a committee date set, but there are plenty of ways to get involved if you’re hoping to help. One major thing is to keep your eye on these bills— and when they do go to committee –speak up and get involved for your trans friends, neighbors, and loved ones. EqualityMaine, SAGE Maine, and MaineTransNet are all worthy organizations that deserve funding, attention, and appreciation from the community. Also, if you’re interested in organizing to make change in our communities, I heavily suggest looking into Maine DSA, and the hub of organizing going on within.

N. Sainte Harkins is a lifelong Mainer from Rockland, currently residing in Portland with his partner and two cats. He's currently an undergraduate at the University of Maine at Augusta, and hoping to pursue culinary school. As an out and proud trans butch, he strives to redefine how people view gender non-conforming transgender women. 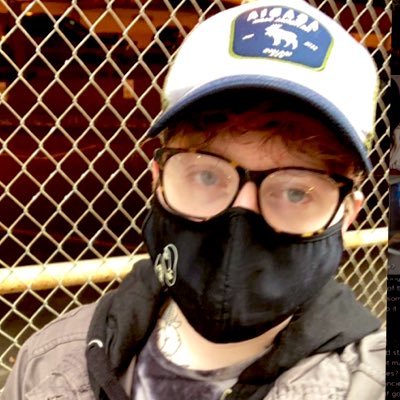 N. Sainte Harkins is a lifelong Mainer from Rockland, currently residing in Portland with his partner and two cats. He's currently an undergraduate at the University of Maine at Augusta, and hoping to pursue culinary school. As an out and proud trans butch, he strives to redefine how people view gender non-conforming transgender women.

The Most Direct Route: Why I Quit My Public Sector Job

Janet T. Mills v. the Penobscot Nation: who will protect the river?