Railroads Are Infrastructure. Don’t Demolish Them.

Many people are being priced out of the Greater Portland area. Much of this difficulty in the rising cost of living is due to housing scarcity. Portland and its surrounding cities and towns, and to a lesser extent the entire state, is in a housing crisis. It has been for a long time. According to an article in the Bangor Daily News earlier this year, Portland was short by at least 8,000 units of housing in 2019 and they were already at least 2,300 units short in 2012. This magnitude of shortage will not be solved simply by incentivizing developers to build new units, as supply growth rarely outpaces demand growth. Why would it? It’s not nearly as profitable to just build enough housing.

Of course, one of the obvious results of housing scarcity is expansion. Workers from Portland spread out into the surrounding areas in search of less-expensive housing markets. In doing so, workers who previously biked, walked, or took taxis around the city are faced with an inconvenient truth: Outside of a small area around the city itself, our state has mostly gone along with the national obsession with automotive transportation to the exclusion of all else. While the promise of freedom made by car companies is alluring, cars can be deceptively expensive. The many costs associated with them – car payments, insurance, repairs, gas, etc — can easily add up to thousands of dollars every year. Beyond the financial concerns of car ownership, we are also faced here in Maine with an aging population – that will be or already are unable to safely drive – that are already being left with limited options in getting around.

Furthermore, traffic is also going from inconvenient to downright dangerous, as pedestrian deaths and traffic safety rates are degenerating nationally. During rush-hour around Falmouth, the off-ramp on 295 backs up all the way into the right lane of the interstate; its common to have cars in the left lane passing stopped cars in the right lane with closing speeds of 60+ miles per hour. Similar issues occur by South Freeport, although the exceptional length of their off-ramp prevents it from getting quite as bad. The roads in these places are being widened and improvements like roundabouts are being installed, but studies show that this nets diminishing returns. Even if traffic flow could be improved beyond what is currently feasible, planning for increasing numbers of cars is doubling-down on the high-climate-impact option of automotive transit at a time when we must be planning to reduce the number of vehicles on our roads while allowing people to get around.

A rail connection between Portland, Lewiston-Auburn, and points in-between, as proposed by the Maine Rail Transit Coalition, could help to mitigate this housing shortage. Unfortunately, if we tear out our existing infrastructure, such a project becomes much harder legally, logistically, and financially. Maine has a deep and interesting history of mass transit, from the electric railways of the 1800s that served an incredible swath of Maine to the decades of steam and diesel-powered passenger rail that connected Portland to Lewiston-Auburn, Mechanic Falls, Bethel, and across the American Midwest and Southern Canada. Despite the Portland-Lewiston Interurban having long-since been scrapped and the Grand Trunk having mostly disappeared from common knowledge after the demolition of Portland’s Grand Trunk Station, we still have the remnants of our once-strong rail system at our disposal. Engineers with the Rail Transit Coalition estimate that recycling the Saint Lawrence and Atlantic Railroad between Yarmouth and Lewiston-Auburn as light passenger rail comes with much smaller costs than those estimated by the state. While such projects are not guaranteed to occur, they are drastically less-likely to if this section of track is demolished. We can have a rail trail without bulldozing the very infrastructure that could help us alleviate our housing woes and traffic congestion while fighting climate change. 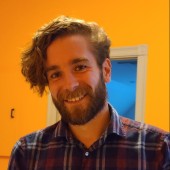 Maine’s Elderly and the Clawback of Working-Class Gains

Why Did Prisoners Get a COVID Shot Before Me?

Stop The Spiral From Becoming A Maze