Will Gov. Mills’s veto pen open the door to LePage?

Gov. Janet Mills deserves more thanks than most governors for her competency in the face of the Covid-19 pandemic. There’s little doubt that her steady hand reduced the death toll significantly in Maine. Credit where credit is due. And she has signed a number of important bills (or allowed them to pass into law without her signature) proposed by the 130th Legislature that will help working-class Mainers, including healthcare coverage for some (not all) New Mainers, a measure of prescription drug pricing relief, wage supports for care workers, and the strictest ban on police use of facial recognition technology in the country.

However, Gov. Mills has also vetoed a long list of important bills. And these vetoes will keep tens of thousands of Maine’s working families and marginalized residents in long-standing precarious, harmful, and downright oppressive situations. It’s a long list but you can read Gov. Mills herself explain here why she vetoed twenty-one bills passed by her own Democratic Party’s legislative majority. These vetoes have obstructed legislative attempts to ease the wrongs done against Indigenous nations, workers, utility consumers, and incarcerated youth, just to name a few.

Here some of the most important bills vetoed by Gov. Mills.

LD 554,* An Act to Create Gaming Equity and Fairness for the Native American Tribes in Maine, would have allowed Maine’s four federally recognized tribes to own and operate gaming activities and gambling on tribal lands among other important reforms. This bill would have gone a long way in asserting Indigenous sovereignty in Maine, affirming their right to run and control their territories as they best see fit. Gov. Mills refused to relax the state’s firm colonial grip by denying them even the most basic right of running certain operations. And, with Gov. Mills’s stated opposition to LD 1626, An Act Implementing the Recommendations of the Task Force on Changes to the Maine Indian Claims Settlement Implementing Act, she is making it very clear that her administration stands opposed to Maine’s Indigenous Nations. 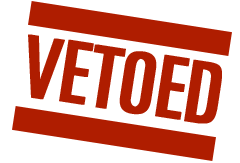 LD 677, An Act to Improve Public Sector Labor Relations by amending the Laws Governing Arbitration under Certain Public Employees Labor Relations Laws, would have improved collective bargaining power for public employees, and LD 1711, An Act to Enhance Enforcement of Employment Laws, would have allowed workers whose employment rights are violated to seek relief in court.

According to Gov. Mills, she vetoed LD 677 because “turning over this responsibility to arbitrators runs counter to the principles of representative democracy.” But she had more than “democracy” on her mind with this veto. The guts of her veto message explain that “binding arbitration also presupposes a failure of good faith negotiations and is an extraordinary remedy that I do not believe is warranted at this time.” In real terms, the governor’s veto compounds state workers’ predicament. Indeed, “at this time,” state workers remain without their most elementary democratic right, that is, the right to strike. Gov. Mills’s veto means they may not appeal to a third party arbitrator when their employer (Gov. Mills) refuses to bargain in good faith, as her administration is currently demonstrating in its negotiations with the Maine Service Employees Union. Gov. Mills claims that one of her goals is to create “a culture of compliance with the law where working women and men are treated with respect and fairness,”  but she has gone out of her way to make sure that workers are seen and not heard on the job.

LD 1708, An Act to Create the Pine Tree Power Company, would have let Maine’s people decide by majority vote whether or not we want to form a consumer-owned electric company with lower rates and direct consumer control over the entity’s board. That’s called democracy. A principle Gov. Mills herself invoked in her veto of LD 677. Once again, we must get to the root of her veto message. Just like the CEO’s of the private electrical monopolies, the governor is  “deeply concerned that this bill presents a rosy solution to a complicated problem that, if implemented, would create more problems than it solves.” Fortunately, although the Legislature couldn’t muster the votes to override Gov. Mills’s veto, public power advocates will do so in practice by collecting signatures and placing the measure on the ballot themselves, most likely in November 2022.

LD 847, An Act To Divert Young Adults from the Adult Criminal Justice System, would have diverted young adults 18-25 found guilty of certain crimes away from the harsh and inhumane criminal justice system, instead issuing warnings or ordering them into diversionary programs. LD 1134, An Act to Amend the Bail Code Regarding Certain Conditions of Release, would have ended Maine’s status as just one of seven states that, according to State Rep. Rachel Talbot Ross “takes acts that are otherwise largely not crimes and makes them a crime, simply because they are committed by a legally innocent person out on bail.”

LD 1668, a Resolve to Develop a Plan to Close the Long Creek Youth Development Center and Redirect Funding to Community Integration Services for Adjudicated Youth, would have finally ended child incarceration in Maine by closing Long Creek Development Center, a prison for minors. She did this despite study after study making clear the link between juvenile detention and long term issues with mental and physical health. Gov. Mills had an opportunity to help scores of Maine’s youth by closing Long Creek and allowing them a chance at more humane, restorative programs. However, as a former prosecutor, she decided it was best to keep our children behind bars.

Gov. Mills’s vetoes perpetuate the expropriation of Indigenous lands, an oppressive criminal justice system, the exploitation of workers, the private holding of our public utilities, and toxic environmental practices, as she did with her veto of LD 125, An Act To Prohibit the Aerial Spraying of Glyphosate and Other Synthetic Herbicides for the Purpose of Silviculture. But, taken as a whole, they do more than harm broad constituencies of people living in Maine. They also make a rightward swing in Maine electoral politics more likely. By blocking the Democratic-controlled Legislature from doing the job that a majority of Mainers elected them to do, Mills is undercutting voters’ reasons for electing Democrats in the first place.

It is likely no coincidence that Mills has blocked her own party’s reform agenda just as her predecessor, Paul LePage, announced his intention to challenge her in the 2022 gubernatorial race. Faced with criticism from the right and her campaign donors in the business sector, she is treading down the path blazed by Bill Clinton and so many Democrats before her by triangulating between pro-business and pro-working-class agendas to chart a centrist course. But even in terms of politicians’ own interests, it’s a method that doesn’t always work. See Sarah Gideon’s campaign for US Senate.

The governor may believe her vetoes will make her seem “reasonable” and “independent minded.”  Yet, it is precisely the demoralizing impact of such a course that suppresses voter turnout on the left and opens the door to the right because it fails to meet the needs of the people. Rather than lead the party in addressing the challenges of our times, she is already conceding ground to LePage and the most reactionary Republicans. 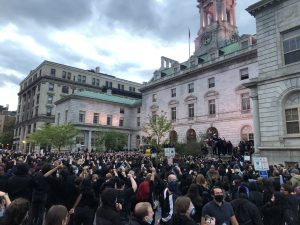 Fortunately, the people of Maine do not have to leave our fate in the hands of our veto-happy governor. As Maine Youth Justice, Black P.O.W.E.R., Maine Public Power, MSEA, DSA, the Maine Med nurses, Maine’s Indigenous Nations, and many more have demonstrated. Rather than triangulating, Pine and Roses urges our readers to look to community and union organizing, coordinated campaigns, and street mobilizing to force our issues to the top of the political agenda. Despite the governor’s vetoes, we are close on a number of fronts. Now is the time to push further in order to force her to keep her veto pen in her pocket in the next legislative session.

*LD stands for Legislative Document, in other words, a bill which has not yet been passed into law.

END_OF_DOCUMENT_TOKEN_TO_BE_REPLACED 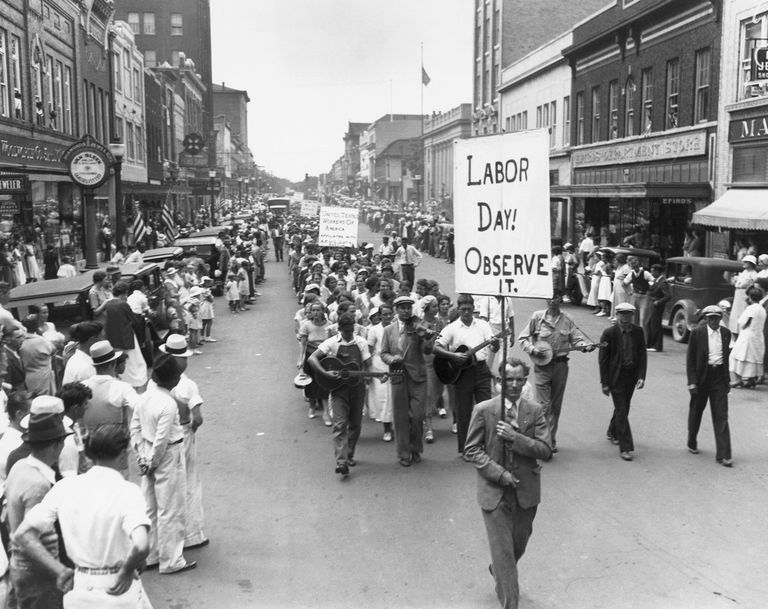 END_OF_DOCUMENT_TOKEN_TO_BE_REPLACED

Solidarity with Nasreen, fight for a radical charter

It’s been a rough year for the Chamber of Commerce and its friends at City Hall. Last November, Portland voters passed four referenda providing for a $15 an hour wage, renter protections, Green New...