The following was originally published by Marc Normandin on June 30th, 2021 via his Patreon Newsletter. It is reprinted here with permission from the author. Sea Dogs fans, pay attention.

When Advocates for Minor Leaguers formed back in early 2020, the idea was to give minor-league baseball players a voice. Fear for job security, fear of having no one in their corner, fear of retribution: all of these have kept minor leaguers silent, even in the face of horrible living conditions, working conditions, and exploitation. What Advocates for Minor Leaguers hoped to do, then, was give these players an outlet with which to share their issues with the public, anonymously if needed, and let pressure mount from there to force change to occur.

It’s been successful thus far, with issues large and larger pointed out by Advocates for Minor Leaguers across the last year-plus, the latest of which is the lack of pay for players in extended spring training. As of less than one week ago, just over one-third of the league bothered to pay players in extended spring training: that’s right, loads of minor-league players who just went through spring training unpaid but didn’t get assigned to a full-season squad are continuing to play and work daily on the diamond, but for free.

Advocates for Minor Leaguers pointed this out on Twitter, naming the 11 clubs that actually do pay their players in extended spring training: the Blue Jays, Yankees, Indians, Tigers, White Sox, Mariners, Rangers, Phillies, Cubs, Pirates, and Rockies. Given the Pirates — the Pirates! — manage to pay minor leaguers in extended spring training, no other club has an excuse to do otherwise. And yet, the 19 other MLB teams don’t pay these players for their time in the months before short-season ball opens up.

Well, 18 now. The San Francisco Giants, following Advocates for Minor Leaguers pointing out that the 19 teams not on the list weren’t doing right by their players, decided to reverse course, and pay players retroactively for the 2021 time they hadn’t been paid for, too. Alex Shultz at the SFGATE reached out to the Giants and A’s after seeing the tweet, and that got the Giants to change their policy:

The A’s “declined to comment on the record,” which is basically the same thing as saying, publicly, that they aren’t going to do that. That shouldn’t be a surprise, considering the A’s initially planned to stop paying out the stipend their minor leaguers were receiving in 2020, once the $400 per week meant to make up for player pay during a canceled MiLB season was no longer league-mandated:

Not only are some teams maintaining silence on the issue, but there are those like the Oakland A’s that have outright said they won’t be paying their minor-league players a dime beyond the initial May 31 promise. New Dodgers’ pitcher David Price is giving each minor leaguer in the team’s system who isn’t on the 40-man roster $1,000 per month from his own personal funds, but the A’s — whose principal owner, John Fisher, has a net worth exceeding $2 billion — can’t find a way to scrape together the less-than-one-million-dollars it would take to pay every single A’s minor leaguer for the next few months. Price will collect at most half of his guaranteed 2020 salary thanks to the prorated salary agreement, and has a net worth equal to four percent of Fisher’s, but yeah, the guy who also owns Gap Inc. in addition to a pro baseball team can’t afford to make sure his most vulnerable players can eat and pay rent.

Oh, and the A’s were also the first team we saw get in trouble for the quality of the meals they’re providing their minor-league players, and then something fishy went on with their apology for that issue, too. Like I said, it’s no surprise they’d go off-the-record here, rather than pull a Giants and say sure, we’ll change our policy. Because they aren’t changing it!

The Giants, on the other hand, raised pay for their minor leaguers earlier than the mandate for 2021 forced them to, and they instituted a stipend to help pay for housing for some, but not all, of their minor-league players. They could do better, and you won’t hear me saying otherwise, but the A’s they are not.

The takeaway here, though, shouldn’t just be that the A’s suck, are cheap, treat their players like garbage, etc., though you of course should make note of that if you had not already done so. It’s that the pressure campaigns that groups like Advocates for Minor Leaguers enact are working. Pointing out the lack of pay for extended spring training is bad for the league’s PR. Individual teams will crack and do the thing they should have already been doing in order to keep that negative PR from impacting them. Players already got better meals out of it, the housing policies in 2021 are already evolving because of all of the stories focusing on players needing to live in their cars or losing money when the team plays at home, and now the Giants jumped in and changed their extended spring training policy, with retroactive pay to boot, because it was pointed out that they were one of the 19 teams failing to pay these guys.

Minor leaguers aren’t unionized, and as much as I want them to be, that day may never come. In lieu of that, legal battles and advocacy groups are what can help change the working and living conditions for these players. The public pressure is working, little by little, and maybe it’ll keep on working until the players finally do believe that they can form a union and fight for all that is theirs. In the meantime, pressuring more and more teams to follow the example of clubs like the Giants will have to do. 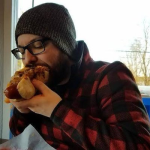 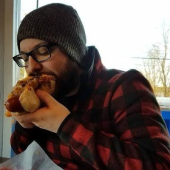 Running Back Cove for Breonna