On July 20th, in response to the sudden closure of the Chipotle Mexican Grill in Augusta that had recently announced their first-in-the-nation unionization campaign, comrades from Maine DSA drove up to support their fellow workers in protest. Also present were community supporters, members of other unions, interested shoppers, past employees, and a State representative.

After some classic chants to rile up the crowd and call out the disgusting union busting of Chipotle, the workers began to share their experiences at this location. They called out the CEO’s recent compensation package that was over 1,000 times the pay of rank and file Chipotle workers. They referred to each other as family, hugging and supporting one another through the hardest moments.

As with many recent unionization drives, working conditions, lack of medical accommodations, scheduling, and poor training were among the workers’ concerns. As capital continues to cut costs in search of greater profits, all of these issues fall ever-more-frequently on the backs of the workers. One worker reported having to pay for her own medical accommodation and was unable to start work until she had handled this accommodation on her own.

An ex-manager, who disputed Chipotle’s statement that the location was unprofitable, by pointing out that the location used to make $15,000 in a single day, reported being called stupid to his face by a company representative, and that many managers had quit over the way workers were treated. “The reason we started this [union drive] was to take care of each other,” one worker said. Another worker said he walks an hour to work and an hour home, has two jobs, and has three types of cancer, with only a year left to live, and came to work to support his fellow workers.

Soon after the unionization drive kicked off, Chipotle hired many new workers but would not conduct proper training. Protesting workers said the corporate trainers sent to instruct new hires would leave workers alone in the restaurant during training and then criticize workers for the time it took them to accomplish assigned tasks. Workers described inventory being moved by managers to other stores which caused shortages, poor customer experiences, and a chaotic workplace. They described new hires being partitioned off from existing workers to make unionization more difficult. They also described workers being sent home for chronic migraines under Chipotle’s inflexible health policy and another being disciplined for “doing dishes aggressively.”

While some of the workers knew little of unions and the current wave of unionization across the country, they recognized that “the food service industry is built on exploitation, and we have to change that.”

Workers also agreed that quitting is often not the answer, sharing stories of going from one exploitative non-union job to another searching for a ‘good job.’ They acknowledged that “it’s so easy to quit and go get exploited somewhere else,” but pointed out that unionization gets you a seat at the table and the opportunity to make your workplace better for yourself and your work family.

Workers called for more unionization drives at Chipotle locations across the country. Referencing the closure of the Augusta store, they correctly noted that corporations are intimidated and by the power of a movement like this and will do anything to try to stop it. “Don’t let this [store closure] scare you,” they said. “If they’re willing to break the law, they’re scared.” 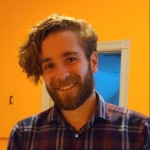 It’s beach season here in Maine, and killer sharks are in the news again. Maine occupies the northernmost range of the great white shark, but thanks to climate change, these apex predators are now...

END_OF_DOCUMENT_TOKEN_TO_BE_REPLACED

We are re-running this piece from April in light of the on-going attack on abortion rights, and Maine DSA's growing new campaign to expose and put pressure on Maine's Crisis Pregnancy Centers to...