While Maine has some of the least restrictive abortion laws in the nation, the anti-Roe v. Wade majority on the Supreme Court and a raft of anti-choice legislation from Texas to Montana has put women’s access to abortion services in the crosshairs. One of the so-called right-to-life movement’s most vicious tactics is to shame and blame people who decide to terminate a pregnancy. Refusing to be silenced and talking openly about abortion is one way to resist. Here, in Part 1, a Mainer named C.H. tells her abortion story. In Part 2, she’ll analyze the anti-choice movement’s rhetoric and tactics.

In light of the recent anti-choice law signed by Texas Gov. Greg Abbott that bans abortions at a measly six weeks (often too soon for a person to even discover that they are pregnant), I felt it’s important to stick my neck out into the firestorm of abortion discourse and share my personal story. I wonder if the people closest to me who have offered their negative opinions on abortion in passing conversation have considered the possibility that I, too, had an abortion.  Being pro-choice does not mean I believe that abortion is a reductive “good” in itself, but that nobody has the right to pass judgement on a woman’s extremely personal decision to have a child or terminate a pregnancy. All too often, the pro-choice argument is forced to appeal to the extremes of a person’s empathetic capabilities. After all, it is easier for a person to condone terminating a pregnancy after a woman is raped, or when a pregnancy threatens their life due to medical complications. Yet, sometimes, a pregnancy is simply unintended and unwanted. 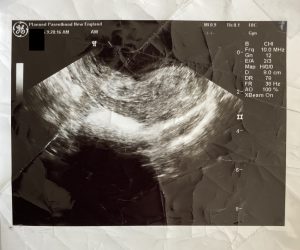 Ultrasound of the author’s uterus after successful medication induced abortion.

I got pregnant. I didn’t want to be pregnant. I had a variety of reasons for not wanting to be pregnant. So, I had an abortion.  I wasn’t raped. The child wasn’t a product of incest. It was simply an unplanned pregnancy. It was, luckily, a pregnancy that I became aware of before Maine’s post-viability ban timeframe, where abortion access is cut off 24 to 28 weeks into a pregnancy unless the pregnancy is an immediate threat to a woman’s life. I was broke. I was a student. I had no means of supporting myself, let alone a child. Up until that point, I had worked my entire life to go to college, get a degree, and escape the trappings of small town life. Being pregnant was not a gift to me. How we perceive being pregnant is a matter of how we perceive ourselves and what we want for our lives.  When I learned I was pregnant, it was not the typical scene of a woman pacing back and forth, holding a pee-soaked stick in anticipation of a positive or negative sign. I was in the ER being treated for dehydration as a result of what I later realized was morning sickness. The poor nurse flitted through the curtains and, in a sing-song voice, shouted “Congratulations!” I immediately burst into tears and apologized profusely to my mother. The nurse left, grey curtain flapping behind her, probably embarrassed.

[Read next, Maine Med Nurses vote to form a union.]

I saw my accidental pregnancy as a failure. A financial one, primarily, as supporting a child, even when it is wanted, is expensive. I’d thrown a wrench into my dreams of being a single, capable woman with the freedom that was afforded to me. I saw first hand that bearing and raising a child was an undertaking that I was not emotionally, mentally, or financially prepared for. It didn’t help that almost every woman in my life that had children, including my own mother, warned me about having children. Even when they didn’t mean it categorically, I still caught those fragments of truth from their own lived experience.  I took it seriously when women I knew told me “don’t have kids.” Whether they received inadequate emotional or financial support from their partner, or struggled to balance their roles as fully realized human beings while the scale tilted towards the title of “mother,” I saw the many ways in which being a parent was hard and often taxing work. As much as I respected people who rose to the challenge of parenthood, I had to be honest with myself in acknowledging that I was barely capable of keeping myself above water. I realized that a child would not benefit from my parental influence unless my life radically changed.

Even if I were to decide to carry my pregnancy to term, I worried over the litany of potential postnatal issues. I was told during a transvaginal ultrasound—where they put a lubricated ultrasound wand in your cervix to visualize the organs in your pelvic cavity—that my cervix was tilted closer to my spine. Although that is not immediately a cause for concern in bearing a child, there is a small possibility that it could contribute to a condition called an “incarcerated uterus.” This meant that carrying a child to term might lead to complications ranging from spontaneous abortion to uterine rupture. I was, myself, born premature, with a club foot of some kind, and later had pneumonia. Would my child experience the same thing? Finally, I did not know immediately that I was pregnant because it often takes up to two weeks after a missed period for most pregnancy tests to register unless you get tested in a doctor’s office or with a more expensive over the counter test. At the time, I was smoking heavily and using drugs at the time of conception and for several weeks afterwards. Who knows how that could have affected the child that early on in its development. Was I setting it up for a lifetime of medical issues?

I was fortunate enough to ultimately receive a medication abortion eight weeks into my pregnancy. I was able to have the abortion in the comfort of my own domicile and was offered a nurse’s phone number through Planned Parenthood if I had any questions during the process or afterwards. As it turned out, curled up in my bathroom, sweating profusely, experiencing what I can only describe as the worst cramping pain of my life, I did call the nurse to request reassurance that what I was going through was normal. In the middle of the conversation, I experienced a physical relief that was indicative of a successful abortion. True to form, I quickly took the two codeine-laced pills allotted to me to ease the pain of the process and slipped into a troubled slumber. Shortly after, my life went on more or less as before, although with a lingering sense of shame over what I had put myself and family through, and a fear that I would be marked for judgement for the rest of my life.

During the whole process, I was treated with respect and kindness. That cannot be said about many people who seek abortions. My Primary Care Provider was obligated by law to talk me through a short period of counseling to detail the choices I had surrounding my pregnancy and the process of getting an abortion in Maine. However, I was not forcibly subject to “biased counseling” where a doctor is required to deliver an anti-choice message curated by the state. Biased counseling is sometimes called “informed consent” or the “womens’ right to know” speech. Women are read a list of possible, but rare, complications arising from an abortion, or told that abortions can lead to PTSD, severe depression, or psychological injury, all in an attempt to dissuade a woman from going through with one. Some women are even told that abortions increase the risk of breast cancer, which has been found to be highly inaccurate. 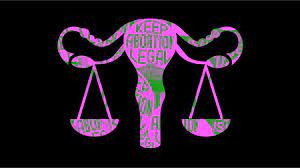 Maine does not have a “mandatory delay” stipulation in their abortion legislation, such rules generally force people to delay their decision for 24 hours after obtaining biased counseling. In some states, people must first schedule an appointment to receive anti-choice information and then wait at least a day before returning to receive an abortion. For those who have inadequate insurance coverage, or none at all, each clinic visit adds up in ways that only compound the stress of making such a personal and emotionally taxing decision. Fortunately, because of my proximity to an abortion clinic and the relative freedom that Maine clinicians have to perform abortions, I did not face the same issues that many people in our country experience regarding the long distances needed to travel to access abortions. According to the ACLU, 86 percent of counties in the US have no doctors trained, qualified, or willing to perform abortions.

[Read next, Running Back Cove for Breonna.]

On top of all this, the cost of an abortion increases as time passes from the first trimester onwards. Every day, in fact, matters to a person seeking an abortion. Although I had private insurance coverage, since I was in my second trimester, I had to pay $1,000 up front and out of pocket, and then an additional $1,000 was billed to me afterwards. That being said, payment plans in Maine family planning clinics are often available, and MaineCare is accepted by certain providers. Because my insurance was not provided through a religious institution (Maine has religious exemptions for abortion and contraception coverage), I was able to at least utilize insurance of some kind. My PCP was even kind enough to mark my initial ultrasound visit and pregnancy diagnosis in such a way as to respect my privacy and keep my decision a secret to any prying eyes that may come across that information. Could other people say the same for themselves? Unfortunately, barriers to getting a safe and affordable abortion are not limited to geography, legal restrictions, insurance red tape, and finances. All too often, there’s a far more direct threat harassing women outside health clinics. This threat hides behind the rhetoric of life, even as it stoops to intimidation, physical violence, and even murder, to impose its views on people like me.  Part 2 will take up the rhetoric and reality of the so-called right-to-life movement and will appear next Saturday, June 5 in PineandRoses.org 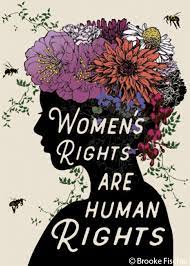